ION B is a part of the ION superfamily, which consists of 3 families: condensed (ION A), normal (ION B) and wide (ION C), each having a compelling range of 10 weights. Styles Thin to Black have 436 glyphs supporting more than 70 Latin-based languages and the three heaviest weights, named U1, U2 and U3 have 94 basic glyphs.

ION glyphs are based on the classic 7-segment display, but for readability and aesthetic reasons, some alphabetic characters don’t follow this matrix strictly. In case you like things in order, don’t worry, there’s a stylistic set that replaces all characters with their strict alternatives. The special characters, such as #, @ or % are composed of special segments, but are designed to fit seamlessly within the whole character set.

The ten styles of ION B are accompanied with a special 11th style called Cells, allowing you to design a special underlying layer of black or outlined cells. This way you can create various containers and boxes for your text, highlight what’s important or go wild and draw a space invader, using the cells as building blocks. 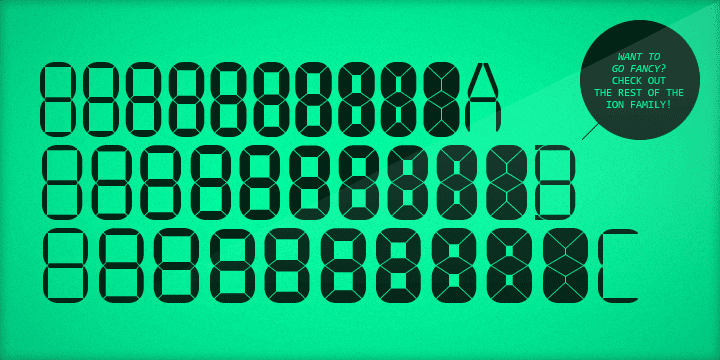 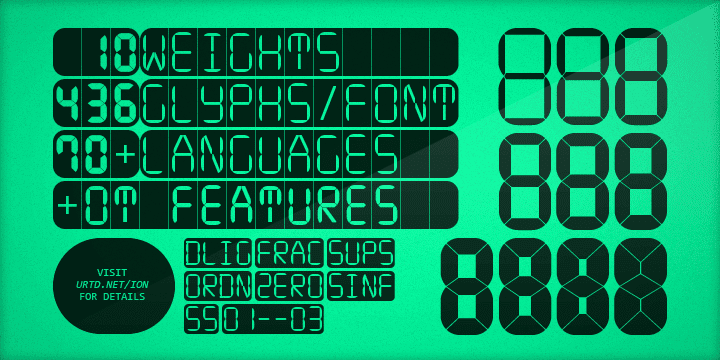 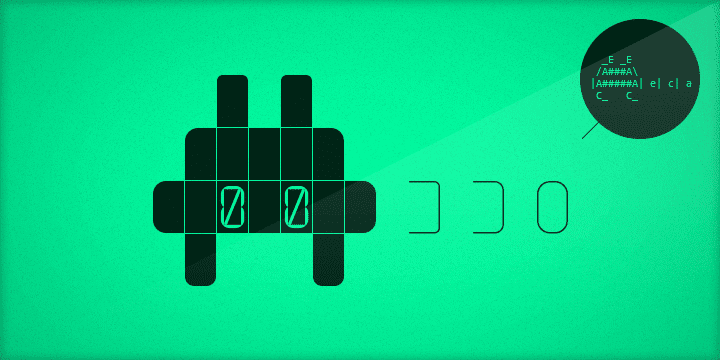 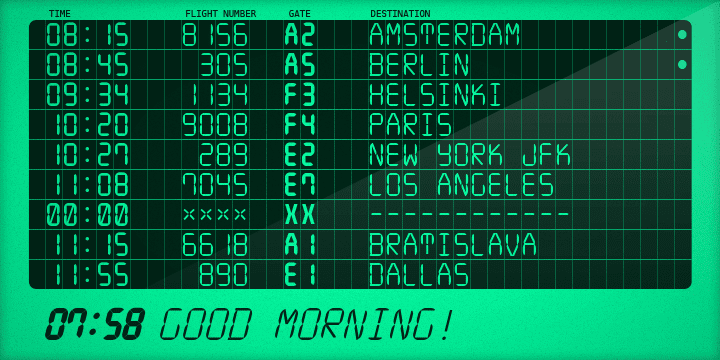 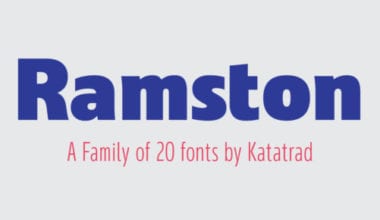 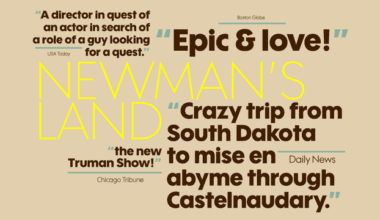 Read More
60% off until Feb 28 available in all of the styles in this family: 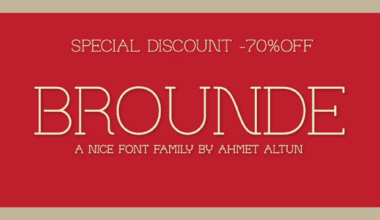 Read More
70% off until Jun 13 available in all of the styles: 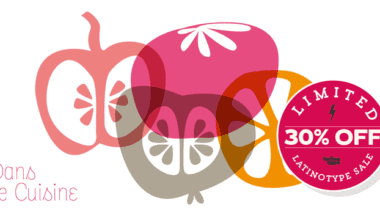 Read More
30% off till Nov 14 available in all of the styles: 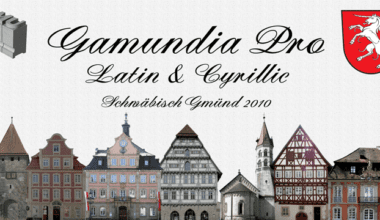 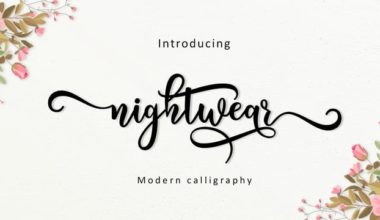