Skolar is an award-winning type family, built for demanding multi-script typography but with enough personality to perform excellently in everyday environments. Architecturally, Skolar’s letterforms follow conventional proportions for comfortable reading, whilst its styling and modulation introduce warmth and character in the details, which shine out particularly at large sizes. Equally, features such as its relatively large x-height, robust serifs and low contrast make Skolar a reliable choice even at small sizes. Skolar’s range of weights has matching italics, designed with a gentle slant and open counters to complement the upright styles.

Skolar was originally designed for academic publications: its vast character set caters for 90+ Latin-script languages, and its Greek and Cyrillic extensions together with Latin transliterations add support for another 70+ languages. All scripts are available with small caps, superior and inferior letters, five sets of numerals and alternate character forms (see note about the versions below). A comprehensive set of arrows (easily accessed via OpenType) and bullets round off the character set to meet the needs of even the most complex editorial and academic text settings. The light and extrabold styles (upright and italics) were designed with help from Anna Giedrys and Elena Schneider. 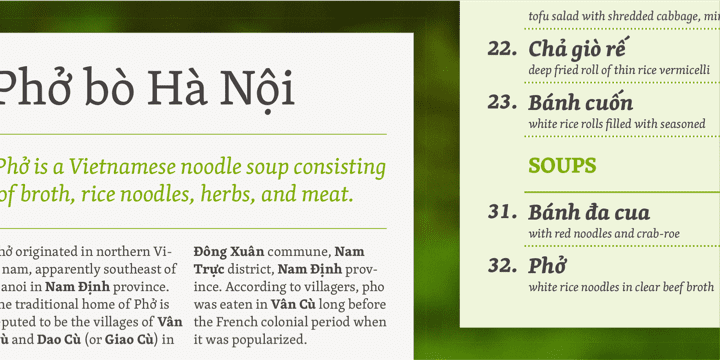 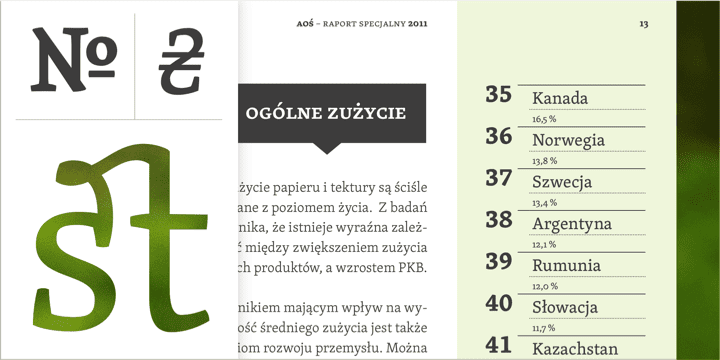 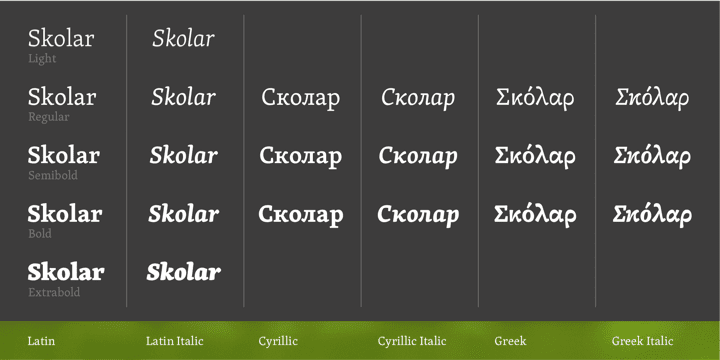 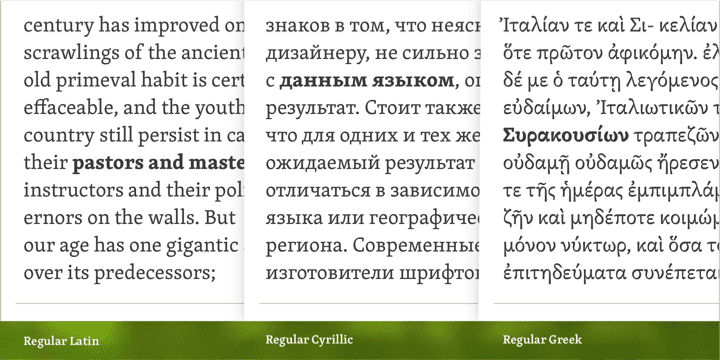 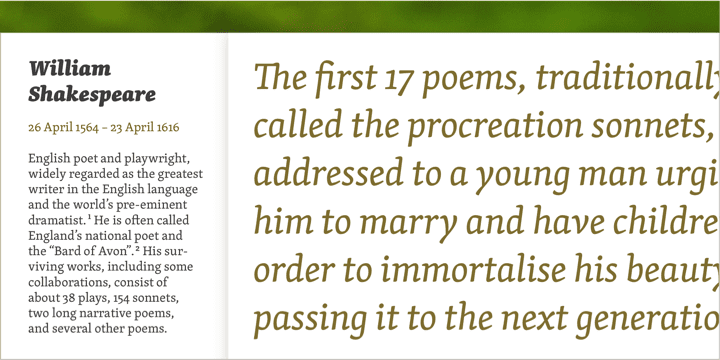 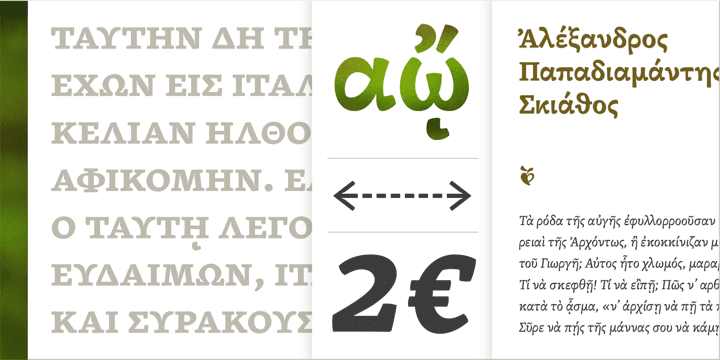 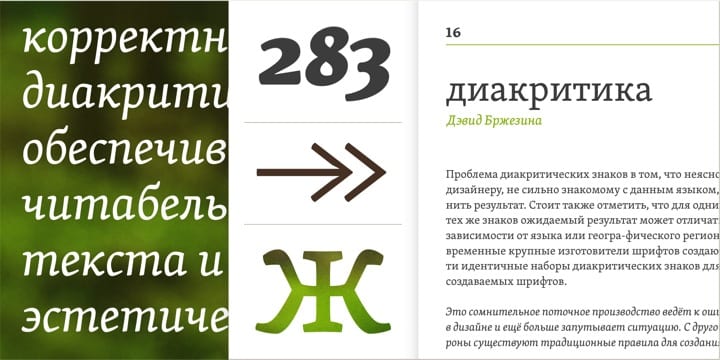 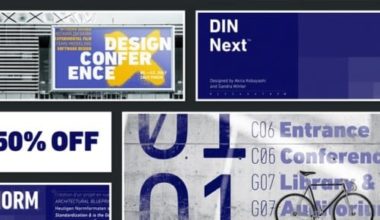 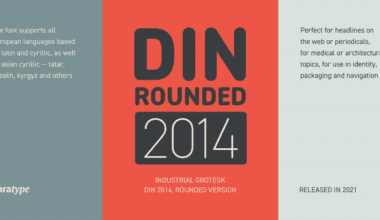 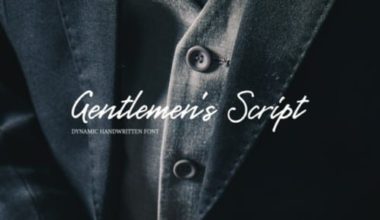 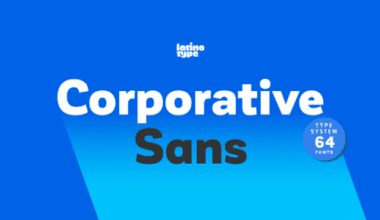 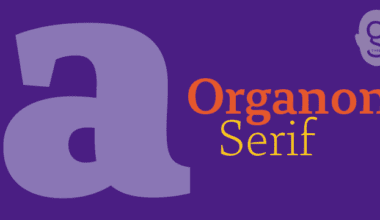 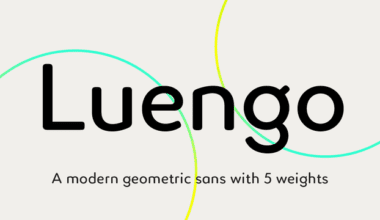